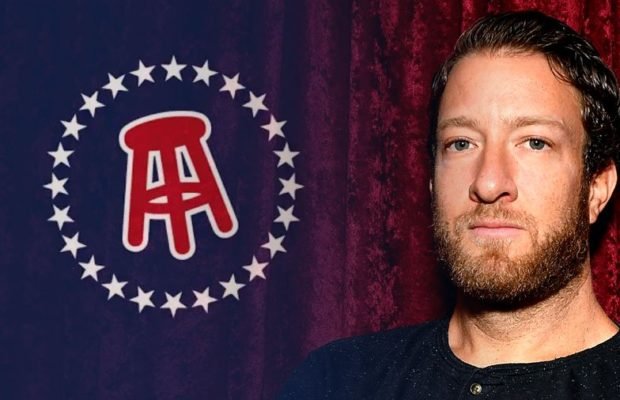 After months of waiting for the federal government to do more for struggling small businesses and restaurants, Dave Portnoy, founder of media empire Barstool Sports, stepped up and created the Barstool Fund. The crowdsourced fund has raised over $25 million to date for American businesses, and Portnoy, your prototypical sports bro, has transformed into a populist hero in the process.

In a year in which there’s been little to celebrate, Portnoy and his fund have been a reminder that the American spirit, when unencumbered by bureaucracy, is alive and well. Portnoy’s an impressive figure, as he built Barstool from the ground up, but he’s picked up his fair share of haters due to his style and “jock mindset,” which is in direct opposition to the bureaucratic sensibility that drives our ascendant expert class and the intellectuals who’ve made a complete mess of the pandemic response. In short, he thinks it up and gets it done, as Americans used to do before bureaucracy infected every waking moment of life.

Jock mindset, the idea that decisive action rooted in American commonsense will get the job done, is derided because those who practice it do not follow the coterie of “experts” and sage-bureaucrats with supposed deity-like expertise who must now be consulted before any decision, no matter how small or inconsequential, can be made.

The pandemic will alter American society in many ways, but the outsourcing of all agency and decision-making to a class of people, who, first and foremost, are bureaucrats first and experts second, will have calamitous effects not only on the soul of the country, but on its policy-making bodies.

To go full “sage-bureaucrat” is to commit to the sterility and all-encompassing HR mindset of neoliberalism, with figures like Anthony Fauci, the sage-bureaucrat extraordinaire whose work for six presidents and was seemingly born in an office and can apparently never be relieved of his duties, effectively controlling one’s life under the guise of “expertise.”

To be ruled by anyone in the paternalistic manner of the sage-bureaucrat is repugnant and un-American, and especially so when the sages are so often incorrect. If the pandemic has taught us anything, it’s that to be a sage-bureaucrat is to be perpetually wrong. Take Fauci, who, in a disastrous miscalculation early on in the pandemic, stated that masks were ineffective, only to change his tune after masking had already become a culture war issue. Or the WHO, that bastion of sage-bureaucrats who’ve been wrong and backtracked throughout this whole mess, their main priority to carry water for China. The list goes on and on, with all manner of sage-bureaucrats, from both sides of the aisle, bungling the pandemic response.

The problem isn’t that these sage-bureaucrats aren’t experts, but that as they climb the bureaucratic ladder, they become increasingly beholden not to expertise, but the bureaucracy. No doubt that grabbing hold of a sage-bureaucrat sinecure grants one a cushy life. The great danger of the sage-bureaucrat mindset is that in being a servant to the bureaucracy, the expert often deviates from commonsense truth or unnecessarily complicates procedures in order to justify their position in the bureaucratic pecking order. In normal times, this merely makes for a stultifying and bogged down politics, but during an emergency situation, like a pandemic, it can destroy society and cost lives. This is where jock mindset comes in.

Portnoy has done more for small businesses than most politicians due to his jock mindset, as have others whose worldview comes not from the bureaucratic office game but the world of sports, such as the gym bros who’ve been resisting the draconian lockdowns since the start of the pandemic. The gym bro is often the source of ridicule from elitists, but like all Americans worthy of respect, they act decisively and unafraid of how they’ll be viewed, especially when they know they’re in the right. Gyms and exercise in general are crucial for not only physical but psychological health, which has been the call of the gym bro throughout the pandemic. They’re correct, of course, as evidenced by the rising levels of mental illness and addiction that the lockdowns have exacerbated. The gym bro battle against the lockdowns — which have become increasingly unpopular and will certainly go down as monumental policy failures — is crucial to understanding jock mindset because, unlike the sage-bureaucrat worldview, it is deeply rooted in the physical world as opposed to the ever-expanding neoliberal office space that is permeating all our lives.

In order to resist the post-pandemic political recalibration in which the sage-bureaucrat will continue to accrue and consolidate power, a counterbalance is necessary if Americans desire to live in the pre-pandemic America of old and not the atomized techno-hellscape the global bureaucrats seem to be priming us for. You may not be a jock, or maybe even dislike sports, but if you desire the pre-pandemic life of physical reality, in which concerts and romance and birthdays and such things are the stuff of life — real life — you have no other option than to adopt jock mindset. Post-pandemic, the sage-bureaucrats and those who’ve fallen under their spell due to fear-mongering and credential fetishism will double down on their efforts to expand the lifeless office space, so we truly are in a battle for the soul of the country.

Jock mindset is not only useful as a personal ideology, but as a political tool, as evidenced by Florida governor Ron DeSantis. The governor has been scrutinized for his pandemic response because he’s continually deviated from sage-bureaucrat recommendations—unlike media darling sage-bureaucrat wannabe Andrew Cuomo. But Florida, to the chagrin of its many detractors, has fared better than some other states that have been interminably locked down. After initially locking down in the spring at the onset of Covid hysteria, DeSantis opened up the state in the late summer and vowed to never lockdown again. Quicker than anyone, unencumbered by sage-bureaucrat reverence, he realized that lockdowns were a disastrous failure, and has stuck to his guns ever since, a rare quality for a politician. DeSantis, with his decisive action rooted in American commonsense, like a coach who knows that sometimes you just need to trust your gut, must’ve been a jock in his previous life.

Unsurprisingly DeSantis was a standout baseball player at Yale, team captain and everything. His successful pandemic response, and the way he’s dealt with the biased media, snapping back and refusing to budge, made perfect sense now—the former jock had reverted to his jock ways and the lessons he’d learned as an athlete, most importantly: sometimes it’s best to keep it simple, stupid. In football, for instance, if the running game is working, you keep running the ball until your opponent adjusts. No need for trick plays or unnecessary complications when just running it down their throat will do.

DeSantis was once again vindicated when he recently committed to vaccinating Florida seniors before other demographics. All year, we’ve been hearing about “saving grandma” and protecting the most vulnerable, but when it came time to vaccinate, various “ethicists” decided that vaccinating according to some byzantine social justice rubric under the guise of “equity” was the way to go. But DeSantis made a logical decision and never looked back.

Jocks often get a bad rap, as they’re assumed to be idiots, but the modern jock, like Tom Brady or Stephen Curry, is a cultivated individual who understands the crucial mind/body connection and what it takes to succeed in all facets of life. Going forward, as we enter the post-pandemic world that awaits us, the sage-bureaucrat mindset which seeks to flatten experience and the American way of life needs to be countered and resisted. If you want to peek into the future, all you need to do is look at the difference between New York, run by sage-bureaucrat wannabe Cuomo, and Florida, run by the new face of jock mindset, Ron DeSantis. New York, a shell of its former self, is being crippled by senseless red tape, while the state of Florida, is open and thriving, and most importantly, free.

Alex Perez is a Cuban-American writer from Miami, whose work has appeared in Tablet Magazine and Arc Digital, among others. Find him on Twitter @Perez_Writes

The views and opinions expressed in this commentary are those of the author and do not reflect the official position of the Daily Caller News Foundation or Conservative Daily News.

When Democrats Make A Racist Of Seuss, Me Thinks They Are Way Too Deep In The Juice

‘Trumpism’ Defined and the Future of the ‘Polished’ Populist GOP