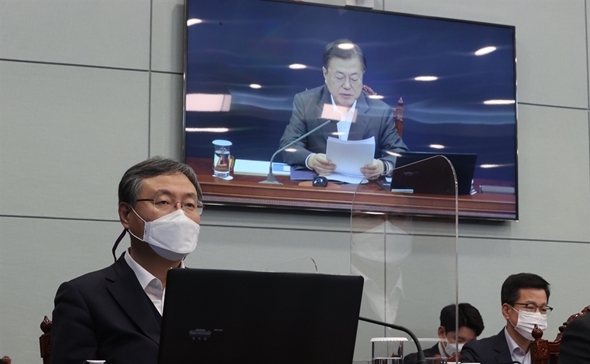 Shin Hyun-soo, senior presidential secretary for civil affairs, has decided to remain at Cheong Wa Dae despite offering his resignation earlier after a feud with the new justice minister over the reshuffle of senior prosecutors, according to the presidential office, Monday. Although the brouhaha about the resignation has been wrapped up for the time being, it showed Cheong Wa Dae has lost its grip on state management and that internal disputes in the ruling bloc are not being controlled properly in the latter part of President Moon Jae-in’s term.