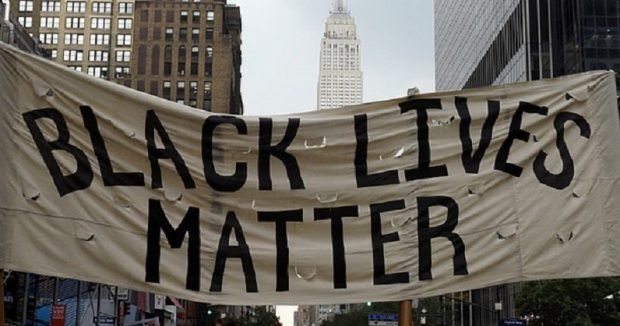 Black Lives Matter has been awfully quiet since September 23rd. On that day, the black Attorney General of Kentucky determined, based on evidence, that he could not press charges against the three officers involved in the shooting death of Breonna Taylor. Predictably, there were riots. The mayor of Louisville even had to declare a state of emergency before the verdict was read. He knows how certain elements in society behave. We saw the same preparedness take form prior to the presidential election. It doesn’t take a degree in ethnomathematics to figure out why there weren’t more protests in November.

Curiously, since the Taylor case bottomed out, there have been no major race riots nor any major media pronouncements of police racism sweeping the country. Where did the protesters and champions of racial justice go? Did the police stop shooting and killing black people?

According to a few different databases, such as Mapping Police Violence and The Washington Post, the answer is a resounding no. Mapping Police Violence mentions that just 18 days passed in 2020 without a death during police interactions. According to their ticker, over 1,100 victims died from police brutality. Only one day passed in December with no police killings and eight people were killed on December 28th alone. The year ended with a literal bang. But who knew about it? More importantly, who cared?

It isn’t surprising that the police kill people. It is also not surprising that we stopped hearing about it. It is, however, unfortunate. It crystallizes the fact that black deaths are used only to pursue a preordained political agenda.

It is difficult to separate the presidential election cycle with the over-the-top reactions to a few police killings. While the optics of a white police officer kneeling on a black suspect who eventually died in that position are, on the surface, grotesque, that’s about all that can be said. As more alleged evidence has surfaced surrounding the George Floyd incident- including autopsies (no crush larynx), medical records (positive Covid test), history of behavior (including a pattern of taking fentanyl), and recordings of him declaring he couldn’t breathe well before the photo was taken – it is hard to see the entire summer of race riots as anything other than manufactured. Did Floyd deserve to die? No, not at all. Does America deserve to burn for the failure of an individual to live a life on the up and up? Again, not at all.

The twin cases of Jacob Blake and Breonna Taylor likewise throw the entire kitchen sink of a narrative out with the millions of aborted black babies. It’s as if the media didn’t even care at that point what facts they had. To hell with reality, they must have said, let’s just make it up as we go. It worked well with Trayvon, Michael, and Freddie. It should work well again. Blake defied police commands and marched straight toward a knife. Of course this all happened after his previously penetrated-against-her-will baby momma called the police herself to get him out of there. Taylor’s case is even more absurd; she partook in the drug underworld and stood by her boyfriend who shot first. And it wasn’t even a Han/Greedo situation. He clearly fired first.

The misinformation campaign on Taylor is most egregious and clarifying to see how the media tells whatever story it wants. She was supposed to be a hardworking EMT who was asleep in her bed when the police showed up with a no-knock, no-announce warrant and slayed her on the spot. In actuality, she was running a business while her former boyfriend was behind bars, the police announced themselves, knocked, received fire from her current boyfriend, and she was accidentally hit in the crossfire. Tragic, yes. But worth the destruction of this great country? Absolutely not.

The marches, protests, riots, looting, deaths, and havoc all played a pivotal role in shaping the national conversation around race. With the inclusion of overly-hyped white supremacist groups, the media and Joe Biden were able to successfully run a ghost campaign designed to paint Donald Trump as a hater. Lest we all forget, Biden actually launched his campaign on the provable lie that Trump said that the KKK and neo-Nazis were fine people. It only picked up steam from there. It is impossible to not see how lying about Trump’s racial record for four years culminated in the all-out effort to make people think racism was everywhere. They needed a backup in case Covid failed, right?

So, where did the outrage go? Blacks are still being killed by the police. We are reminded everyday that white supremacy has infiltrated our institutions. It is foundational and systemic. If protesting was an attempt to solve the problem last summer, and yet the problem still lingers, wouldn’t more protesting be a rational solution?

Either Black Lives Matter, the media, and Democrat politicians aren’t concerned about the other black lives taken by police each day or they are waiting to foment enough anger to make the next wave even more horrendous. The acquittal of Officer Chauvin perhaps?

That’s the thing about the outrage mob. There is no rhyme or reason. Why one black life matters but not another? It’s almost like people want to be told what to think and feel now. The riots last summer were truly scary, but understanding that most people are just taking orders at this point is the scariest realization of all.