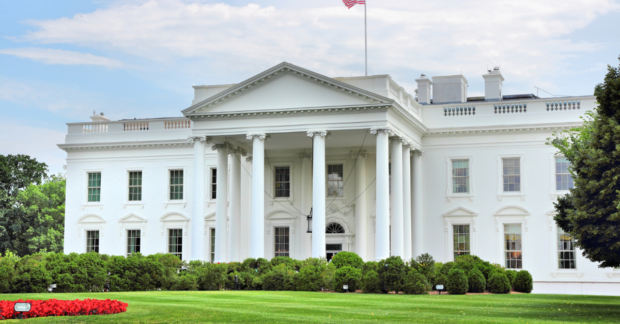 President Joe Biden proposed a new “health” project that has little to do with health and everything to do with expanding the surveillance state.

At his “State of the Union” speech late last month, Biden announced the $6.5 billion project to be part of the National Institutes of Health. It would be similar to the Defense Advanced Research Projects Agency, or DARPA, and would be called Health-ARPA, HARPA or ARPA-H.

Of course, the proposal received bipartisan applause showing once again there are no principles in the Republican Party and no fundamental understanding of the role of government. Biden said HARPA would “develop breakthroughs to prevent, detect and treat diseases like Alzheimer’s, diabetes and cancer.”

However, what HARPA would really be is a fusion of the national and health “security” apparatus which would be headed not by any health expert but rather a technocrat from Silicon Valley, Eric Lander who has been nominated by Biden for the director of the office of science and technology policy. Lander, by the way, has ties to Jeffrey Epstein and racist eugenicists.

It would effectively advance the government’s goal to create an office of precrime, like that seen in the Minority Report. And the project is not a new idea, it was proposed by Biden’s predecessor former President Donald Trump in 2019.

“This is a government that is laying the groundwork to weaponize the public’s biomedical data as a convenient means by which to penalize certain ‘unacceptable’ social behaviors,” wrote John Whitehead for the Rutherford Institute. “Incredibly, as part of a proposal being considered by the Trump Administration, a new government agency HARPA (a healthcare counterpart to the Pentagon’s research and development arm DARPA) will take the lead in identifying and targeting ‘signs’ of mental illness or violent inclinations among the populace by using artificial intelligence to collect data from Apple Watches, Fitbits, Amazon Echo and Google Home.”

Of course, the mainstream media has shown little desire to look into what the project will really do but rather just sell the propaganda that Biden wants to cure cancer.

Will the public ever wake up to the government’s farcical promises of safety and security at the expense of our liberties?

“The citizenry’s unquestioning acquiescence to anything the government wants to do in exchange for the phantom promise of safety and security has resulted in a society where the nation is being locked down into a militarized, mechanized, hypersensitive, legalistic, self-righteous, goose-stepping antithesis of every principle upon which this nation was founded,” Whitehead wrote.

Whitehead added: “Set against a backdrop of government surveillance, militarized police, SWAT team raids, asset forfeiture, eminent domain, overcriminalization, armed surveillance drones, whole body scanners, stop and frisk searches, police violence and the like—all of which have been sanctioned by Congress, the White House and the courts—our constitutional freedoms have been steadily chipped away at, undermined, eroded, whittled down, and generally discarded.”

What If the Media Had Told the Truth? Five MSM Lies for Which Trump Has Been Vindicated, and the Damage They Caused