Volunteer Ashish Kashyap carefully shovels the ashes of India’s unclaimed Covid-19 dead from a large pile into sacks at Nigambodh ghat crematorium in Delhi, where the pyres have been burning round-the-clock because of a surge of deaths. 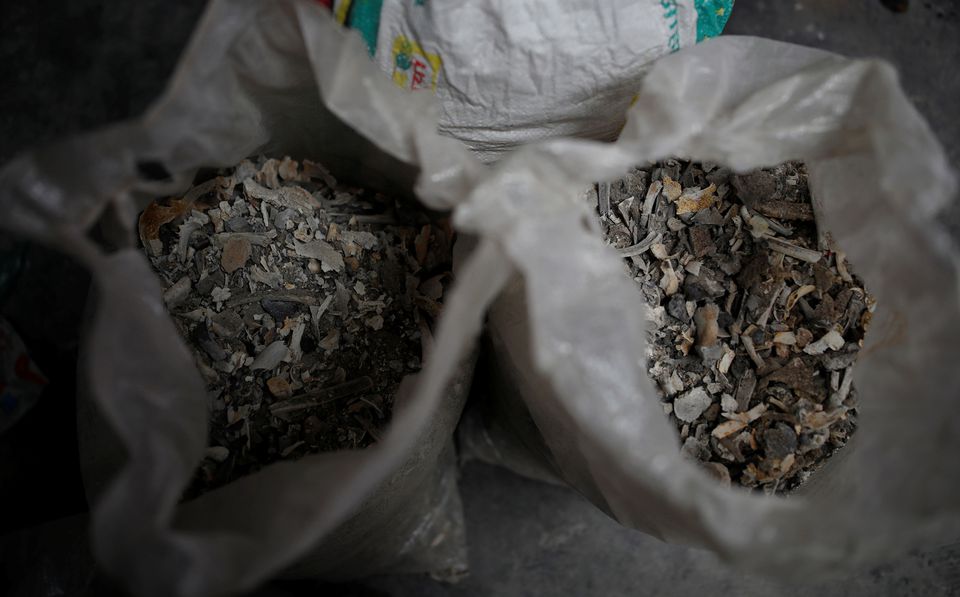 Kashyap will then take the ashes to be immersed in the Ganges river. Families of the victims are often too afraid to come and collect the ashes after cremation because they fear contracting the virus in crowded sites.

Hindus cremate their dead and the ashes are scattered over rivers considered sacred or over some other place of importance to the deceased.

“During this pandemic, the relatives of these victims have abandoned them. However, our organisation collects these remains from all the crematoriums and performs the last rituals in Haridwar, so that they can achieve salvation,”said Kashyap, 28. 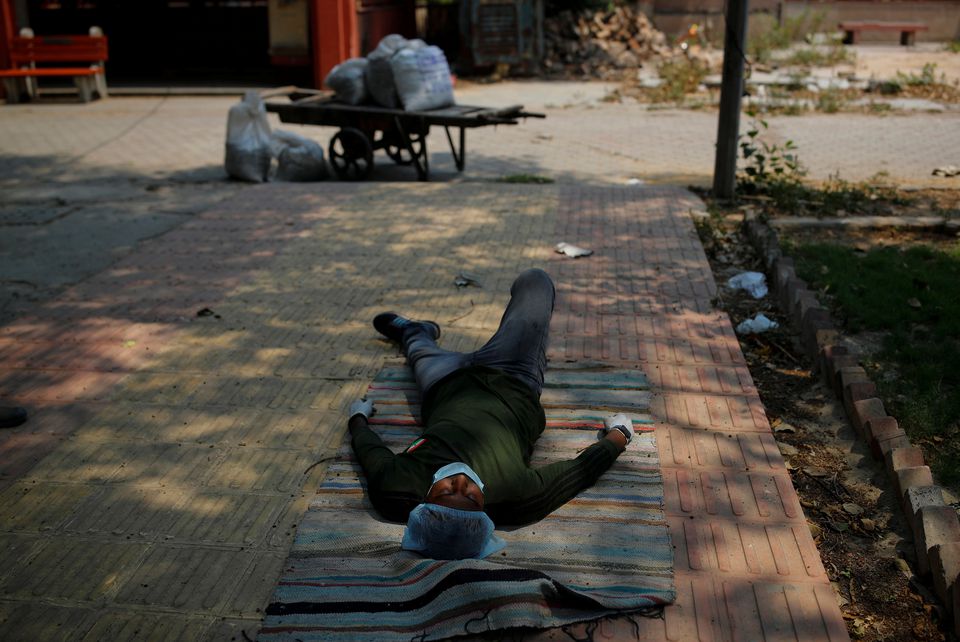 He and his team from the Shri Deodhan Sewa Samiti volunteer group collect the ashes and bone fragments, carefully wash them in milk and water and offer prayers.

They will then take the ashes to the holy city of Haridwar on the banks of the Ganges in September and perform a religious ceremony during a 15-day period considered auspicious.

Hindus believe that rituals help attain “Moksha” or salvation from the cycle of life and death.

ALSO READ: Dozens of corpses believed to be Covid-19 victims wash up along India’s Ganges River

Vijay Sharma, another member of the group, said they have been carrying out the rituals for close to two decades for people whose bodies were never claimed or others who were too poor to carry out the ceremonies.

Last year they collected the ashes of 3,700 dead people and now the figure is expected to be several times that number, he said.