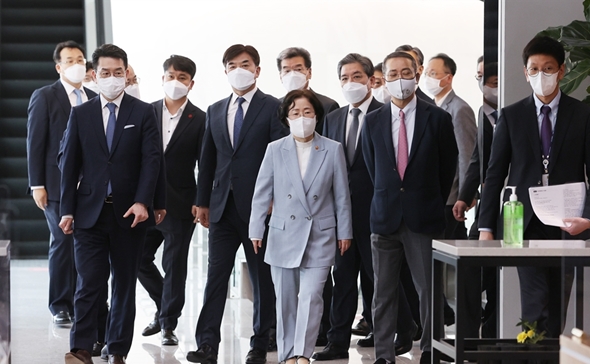 Fair Trade Commission (FTC) Chairwoman Joh Sung-wook stressed that the commission will not rule out adding foreigners onto its chaebol “watch list,” following a controversial decision not to name Korean-American Kim Bom-suk, the founder and controlling shareholder of e-commerce giant Coupang, on its updated list, April 29. “There should be an overhaul of the regulatory framework that can be more effectively implemented to control large business groups without discriminating against entrepreneurs due to their citizenship,” Joh said during a press conference at Government Complex Sejong, Tuesday.