Sources close to Borussia Dortmund forward Jadon Sancho, 21, are more confident than ever before that the England international will complete a move to Manchester United this summer. The Premier League club are expected to make an initial offer of £65-75m. (Eurosport)

Manchester United could use England forward Jesse Lingard, 28, in a deal for Sancho. (Sun)

Manchester United are set to make a £40m bid for Varane this summer. (Mirror)

RB Leipzig’s chief Oliver Mintzlaff has confirmed 21-year-old French defender Ibrahima Konate, who is among Liverpool’s transfer targets, has a release clause. The figure is believed to be £34m. (Liverpool Echo)

Barcelona are ready to make the signing of Haaland their priority this summer ahead of trying to keep Argentine forward Lionel Messi, 33, at the club. (Sun)

The agent of Juventus forward Cristiano Ronaldo says the Portugal international, 36, has no plans to return to Sporting Lisbon this summer. (Record – in Portuguese)

Southampton are planning a £20m summer bid for Chelsea’s 25-year-old England midfielder Ruben Loftus-Cheek, who is currently on loan at Fulham. (Express)

Leicester are close to completing the signing of French midfielder Boubakary Soumare, 22, from Lille for around £20m. (Italian journalist Fabrizio Romano, on Twitter)

Roy Hodgson is expected to leave Crystal Palace when his contract expires this summer, but former Chelsea boss Frank Lampard is not in contention to replace him. (Times – subscription required)

Arsenal are not planning on extending the loan of Real Madrid’s Spanish midfielder Dani Ceballos, 24. (Independent)

Arsenal will be in the market for players in at least five positions in the summer transfer window. Among their targets, Brighton’s Mali midfielder Yves Bissouma, 24, and Sheffield United’s Norwegian midfielder Sander Berge, 23, are keen on a move. (Football.London)

Tottenham’s hopes of signing Lyon’s Danish defender Joachim Andersen, who has spent the season on loan at Fulham, have received a boost as the 24-year-old wants to remain in the Premier League. (Standard)

Spurs are keen on signing Andersen, who is valued at around £20m. (Sky Sports)

Barcelona could move on up to 14 players at the end of the season, including French defender Samuel Umtiti, 27, and Brazil forward Philippe Coutinho, 28. (Mundo Deportivo)

Manchester City’s Argentine striker Sergio Aguero, 32, is close to joining Barcelona on a free contract in the summer – however he will have to take a significant pay cut. (Sun) 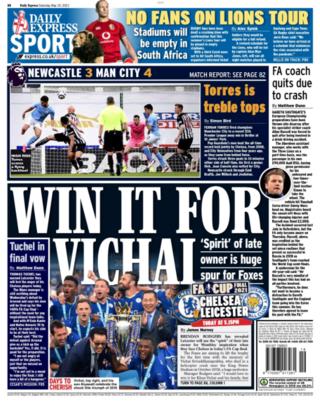 Rumour Has It: Sergio Ramos eyes big-money club for next stop, Bernardo Silva could leave for LaLiga