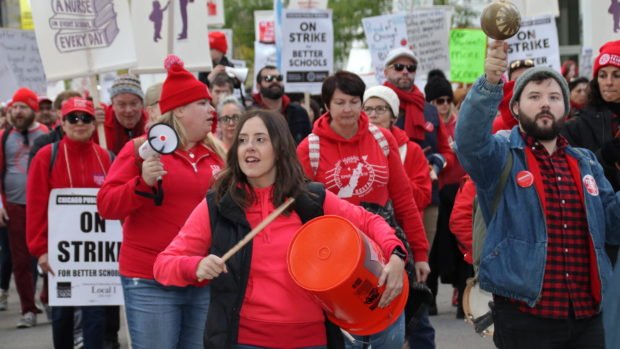 The COVID nightmare in America is over. There are other countries in which the virus is still a serious concern, but not here. President Joe Biden and the rest of the leftist Democrats are thoroughly disappointed with this fact, as they slowly watch their ill-gotten grip on tyrannical power slip away, but it’s a fact, nonetheless. By virtually every metric – new cases, deaths, active cases, vaccinations – the effects of the COVID pandemic on Americans and our society are rapidly disappearing. It may be too soon to declare eradication, but it’s not too early to reflect on some of the heroism we witnessed over the past sixteen months.

It’s easy to forget now if we dismiss some of the unhinged hysteria we saw at the beginning of the pandemic, but COVID was indeed frightening at the start. There was a lot we didn’t know about the disease as events unfolded. How transmissible is it? Can it be contracted by touching contaminated surfaces? Which comorbidities are most vulnerable? Despite those uncertainties, millions of Americans braved the unknown, put fear for their personal safety aside, and stepped up. They rose to the occasion.

Clearly, health care workers are at the top of the list. From day one, doctors, nurses and others not only put themselves at risk, they did so at the heart of the battle: in hospitals, emergency clinics, and doctor’s offices. They put themselves in harm’s way and worked excessively long hours, often taking care of or directly interacting with, COVID patients who could have infected them. On social media, we all saw the tributes and sincere appreciation for those courageous men and women, and that recognition was well deserved. Along with those mean old capitalists in so-called ‘Big Pharma’ who developed vaccines which saved millions of lives in an incredibly short period of time, the heroism of our health care workers was stunning to witness.

But gallantry during COVID came from more than just doctors, nurses, and pharmaceutical scientists. There were scores of professions which had previously been taken for granted by most Americans, but during COVID earned significant newfound reverence. Included on that list, among many others, are the following:

The federal government, as well as most states, used the term “Essential Workers” to describe those with whom we could not do without. Labeling professions as such didn’t necessarily come with a requirement for those operatives to go to work, it merely permitted them to do so. It allowed those workers to ride on trains and buses, and to do their jobs, and most were glad for the opportunity not only to continue earning their regular pay, but to help contribute to the COVID Battle.

Prior to COVID, if asked to catalogue the most essential workers in our communities, teachers would have been near the top of the list for most of us. Teaching our children isn’t just a noble profession, it’s a critical one, and over the years we have frequently been reminded of that value from teachers’ unions themselves, particularly during the periods leading up to collective bargaining for new contracts. Yet somehow, months into the COVID pandemic and after we had substantial data available to effectively assess COVID health risks for virtually all professions, we began to receive puzzling messages from teachers and their unions. “We’re still essential workers; very, very essential. But the health risks of COVID are just too great for us to go back to work, even though other professions have been working from the beginning.”

Before continuing, we must point out that the resistance by teachers to opening schools was by no means ubiquitous. There’s no doubt that for many, if not most of us, if we were to have done a survey last year of friends and relatives who are teachers, we would have found the majority recognized the severe negative impact on students to keeping schools shut down and they were opposed to the ongoing school closings during the earliest stages. For those individuals, it’s extremely unfortunate to have to be lumped in with the others, but the facts remain. And as rank-and-file members of those unions, they are obligated to hold their union representatives accountable.

And before anyone starts screaming at their computer screens and smartphones with, “It wasn’t the fault of the teachers’ unions, it was the governor’s fault,” ask yourself this question: If teachers and their unions had petitioned the governments of their states and advocated for the re-opening of schools instead of fighting tooth-and-nail to keep them shut, do you really think our schools would have remained closed? In many cases for more than a year? If they had lobbied their governor demanding, “The students’ educations are too important, and health risks are manageable (which they were), let’s go back to work,” do you truly believe that governor would have thumbed his/her nose at them?

From almost the beginning of the pandemic, we were well aware that COVID’s effects on school-aged children were significantly less serious than older people. In an article from Yale School of Medicine in March 2020, only two weeks after the country began shutting down, it was noted that “COVID-19 does not appear to cause severe disease in previously healthy children,” and many experts correctly recognized that for such children the seasonal flu was more concerning. Adult teachers, like adult truck drivers and cable repairmen, faced different risks based on age and underlying health conditions. For those teachers who were at-risk, just like for the truck drivers and cable guys, they could have stayed home and not worked at all. Teachers with hypertension, diabetes, and lung disease could have stayed away, and the same with students. But that’s not what happened. Teachers’ unions, in most but not all public school districts, were vociferous and in some cases even militant in their opposition to re-opening schools.

For most of us, we can look back to our high school years for some of the greatest experiences and memories of our lives. We also subconsciously rely on the things we learned during those school years every day. And years from now when we look back on COVID, we’ll remember the impromptu cars-only parades and heartwarming signs people made to urge on our doctors and nurses as they changed shifts. We’ll look back on that previously unfelt gratitude we had for the young girl checking out our groceries. But one thing we won’t be able to reminisce about is the mettle shown by our schoolteachers, due in large part to their unions and those who support them. We’ll look back on the actions of our teachers during COVID and remember that they put their own interests ahead of those of our children, and they did so under the guise of “safety” while permanently damaging their students.

What If the Media Had Told the Truth? Five MSM Lies for Which Trump Has Been Vindicated, and the Damage They Caused