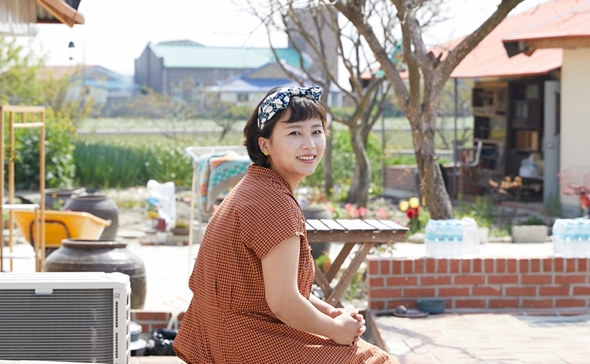 The easygoing, feel-good videos showing her farming, cooking in her front yard, and interacting with next-door neighbors soothes viewers, many of whom have grown weary of bustling city life. The channel’s first episode drew 2.4 million views.

The producer, who previously took part in journalism and documentary programs, noted that she wanted to take a different approach for YouTube.

“For TV shows, there is a clear message, but with YouTube, I tried to avoid that,” she said. “When I put myself in the audiences’ shoes, watching something with a straightforward, specific message felt overwhelming. So, I didn’t want to force any messages or views on anyone.”

So she decided to have a go without any meticulous planning, which would not have been possible for a TV production.

“During our first phase of renovating the house, the plan was to have no plan… Frankly, I did worry if it would work out at first. But then, there was always something to capture, something new that I came to appreciate,” she said. “Then, I realized that a lot can happen by chance when you let them and go with the flow, like things that we couldn’t experience if everything was planned and intentional.”