The crash was caused by a surge in new subscriptions after Abu Dhabi implemented its green pass system that relies on the use of the app to enter shops, malls, events and other facilities

Abu Dhabi’s green pass system and use of the Alhosn app have been temporarily suspended after users reported technical issues, the Abu Dhabi Emergency, Crisis and Disasters Committee said on Friday.

The crash was caused by a surge in new subscriptions after Abu Dhabi implemented its green pass system that relies on the use of the app to enter shops, malls, events and other facilities.

“The green pass will be reinstated after completing the app update and ensuring the continuity of the app service for all users,” a statement on the state-run news outlet WAM said. 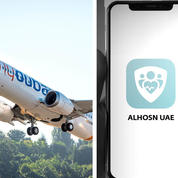 On Wednesday, the UAE capital announced it would trial new scanners to identify people infected with Covid-19.

The Committee for Emergency Management, Crises and Disasters caused by the Corona Pandemic in Abu Dhabi said the new devices contribute to the strengthening of the current precautionary procedure system at several locations in the emirate, without any change to the current protocols.

The U.S must let China fall victim of its quick rise...

Capmocracy - July 28, 2021 0
China has transformed itself from a formidable economic adversary to a feared powerhouse in the public imagination. Washington has descended...
Asia

Is it Too Late to Stop Climate Change? – by John...

Capmocracy - July 28, 2021 0
The unprecedented weather events happening across the planet lead to two conclusions. First, with temperatures having risen by 1 degree Centigrade, the earth...
Soccer