When Reyas Alam fled Myanmar 12 years ago, he was barely even an adult. Now the 31-year-old ethnic Rohingya waits in Makassar, Indonesia ’s South Sulawesi province, to be resettled by the UNHCR. He has been there for some eight years.

“A big part of my life has been spent running,” said Reyas as he walked around the city’s Sudiang Public Cemetery wearing a white skullcap and plaid shirt. “I don’t know when it will end.” 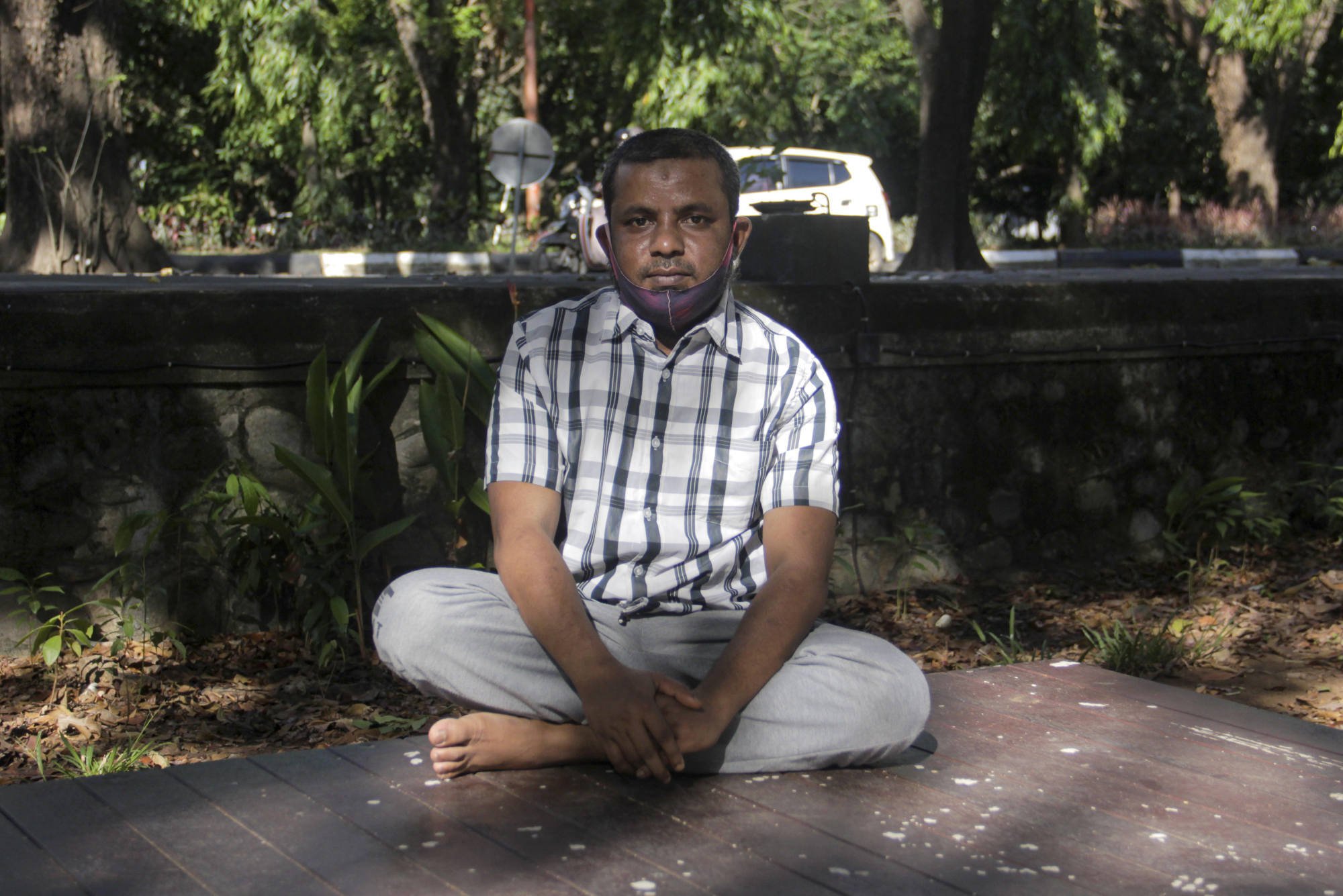 Although Reyas left his hometown of Buthidaung, in the far west of Myanmar’s Rakhine State, in 2009, he still remembers the discrimination he felt as a child.

“When we were at school, we Rohingya had to sit in the back of the class, never in the front,” he said. “We just kept quiet, hoping it would get better. But it didn’t.”

He spent the first two years of his life on the run in the refugee camps of Cox’s Bazar, but as the number of Rohingya fleeing to Bangladesh steadily increased, he decided to leave for Malaysia .

The 14-day sea journey there saw Reyas cowering in the hull of a boat alongside other refugees as all prayed they would survive the storms that battered their vessel. Their only food was instant noodles, eaten raw, twice a day.

“After that we would just drink water, a little, only half a glass. I felt my body getting thinner and weaker every day,” Reyas said. 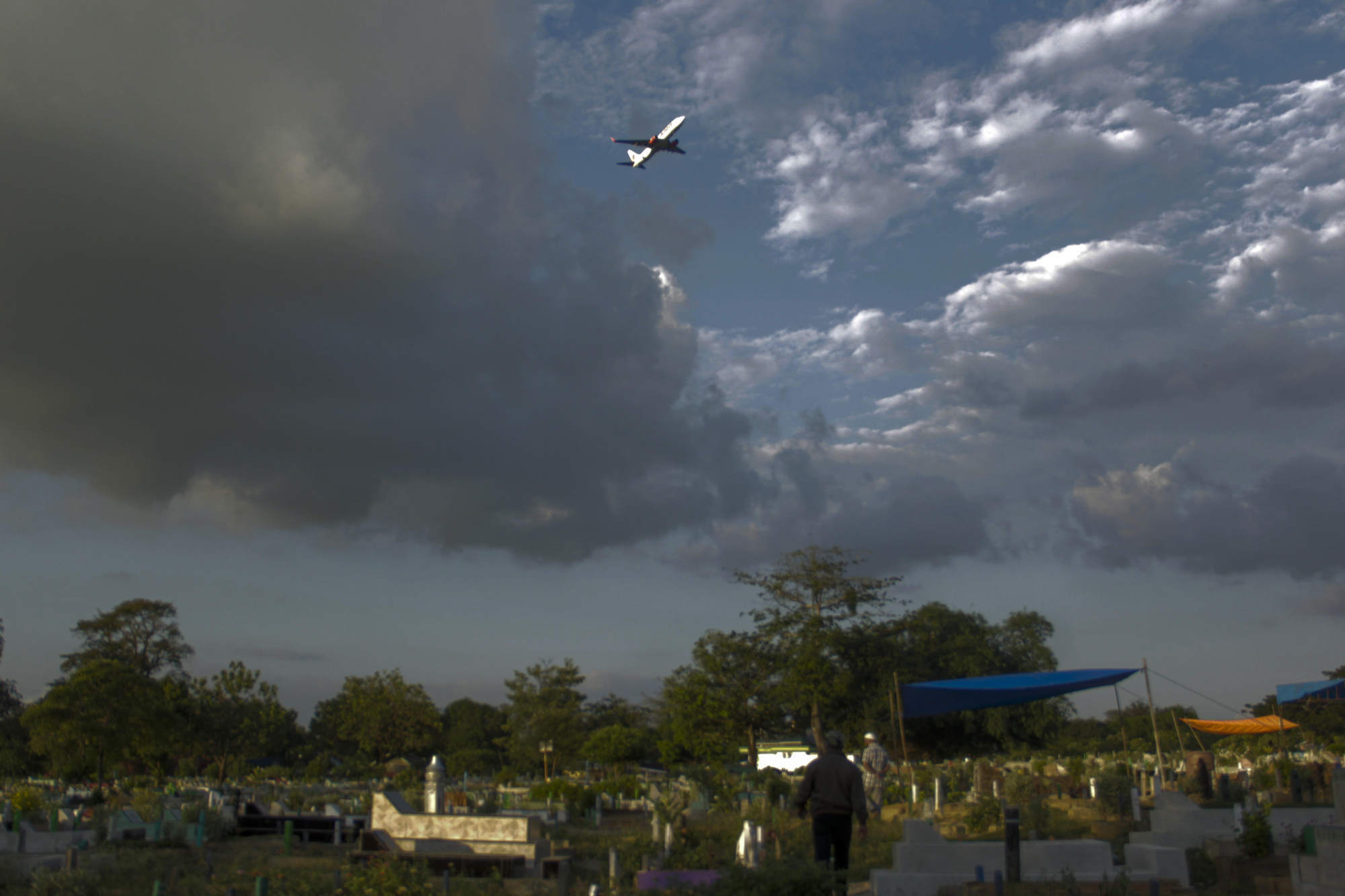 Once he made it to Malaysia, Reyas worked a few odd jobs to save money before he met a people smuggler in 2012 who offered to help him get to Australia.

This was to involve a boat ride from Malaysia to the city of Medan in Indonesia, then onwards to an Australia-bound flight from Jakarta using forged documents.

But Reyas never made it further than Medan, where he was detained by immigration officers and subsequently sent to UNHCR housing in Makassar.

In his eight years in the city, he has met with South Sulawesi’s governor, Makassar’s mayor and social services “but we haven’t been able to find any clarity about my situation”. “Maybe people are just waiting for us to die, so that they can forget about us,” he said.

There are 154 Rohingya refugees in Makassar, who live alongside thousands of other asylum seekers from places like Somalia and Afghanistan . According to UNHCR representative Dwi Prafitria, there were 13,435 refugees in Indonesia as of May this year.

Asylum seekers in Makassar stay in small rooms with air conditioning, mattresses and a wooden wardrobe. But they are not allowed to work, go to school, travel outside the city, or own their own vehicle.

“You really feel it when you live in one place for eight years and everything is limited,” said 25-year-old Mohammed Amin, another of Makassar’s Rohingya residents. “You can’t date. Can’t get married. It’s like you have no future.”

“I know that the people of Makassar are good people. Indonesian people are good. They have accepted us. But I don’t want to be here forever. I want to have citizenship and build my own life.”

Indonesia is not a signatory to the UN’s 1951 Refugee Convention or its 1967 Protocol, meaning that refugees are not allowed to settle in the country permanently.

There are 145 signatories to the convention, but it has not been ratified by many governments in Asia. Singapore, Malaysia, Indonesia, Hong Kong and Thailand are all also not members of the convention and do not allow permanent resettlement for refugees.

Rima Shah Putra, director of the Geutanyoe Foundation NGO that provides education and support to refugees in the region, said Jakarta likely did not sign because “they don’t want to send the signal that Indonesia is open for refugees”.

Ranto Sibarani, a human rights lawyer based in Medan, said this means all refugees in Indonesia are legally “just transiting … even if they end up staying here for seven or eight years”.

“They cannot work or study here, or have access to government medical care and so on,” Ranto said. “So it is no different, in legal terms anyway, than if they were passing through Indonesia for another reason.”

In Makassar, the International Organisation for Migration provides each refugee with an allowance of 1.25 million rupiah (S$116.30) per month to buy food and sundries, but Reyas and Mohammed said this barely covers their basic necessities.

“We can only afford to eat twice a day. And the money is only really sufficient to buy instant noodles,” Mohammed said. “If we have become a burden to Indonesia, then UNHCR should send us to a third country.”

Yet Dwi of the UNHCR said that resettling refugees in a third country has become increasingly difficult in recent years as countries around the world have drastically decreased their quotas for resettlement.

With limited places available in third countries, “the decision to accept refugees rests entirely with the recipient countries, not UNHCR,” she said.

The pandemic has made resettlement even more challenging, with the UNHCR 2020 Global Trends Report stating that at its peak in 2020 “over 160 countries had closed their borders, with 99 states making no exception for people seeking protection”.

The report also found that refugee resettlement decreased dramatically in 2020 with just 34,400 refugees resettled – the lowest level in 20 years – due to limited numbers of resettlement places available coupled with Covid-19.

While the Rohingya and other refugees in Makassar wait for resettlement, they face a number of other battles with illness and depression.

Sitting in the city’s public graveyard, Amin flicked through photos on his mobile phone.

“This is Shiraj. He was Rohingya too, from Sittwe. He died of an illness. His stomach was swollen,” he said. “This is Manir. He died by suicide. His body was found after four days and buried in Sudiang.” 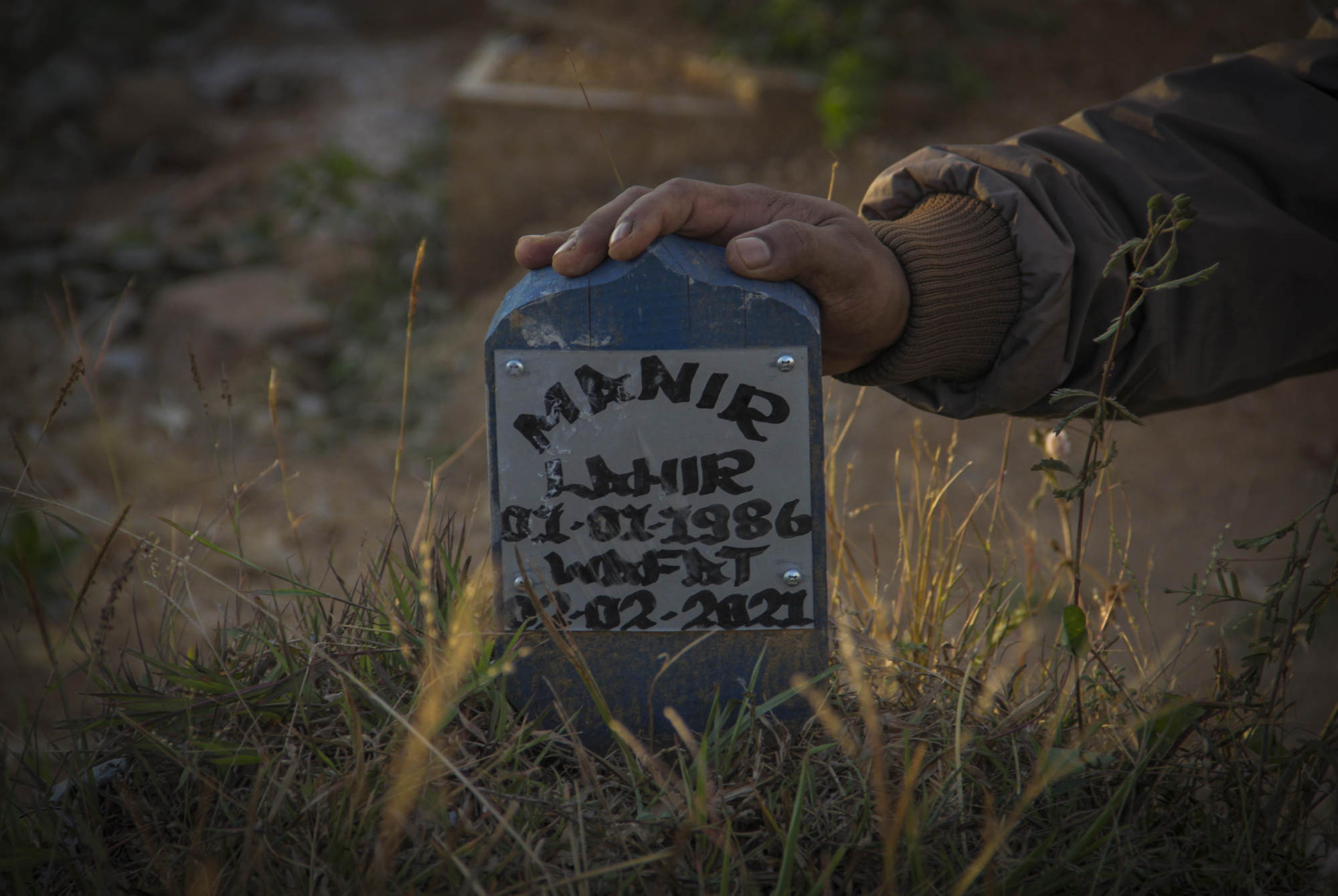 “These are our friends who have passed away. They have returned to our ancestral lands. They are at peace now. But what about us who are still alive? We are not doing well. We are all depressed,” Mohammed said.

In April, the BBC reported that at least 13 Afghan refugees in Indonesia had taken their own lives over the past three years. Each had been waiting for resettlement for between six and 10 years.

“When I see immigrants die by suicide, I feel very sad,” said Reyas. “But if I didn’t feel that it was against my religion, I would have already done it too.”

Woman fined for keeping 16 dogs without licence, not taking sick dog to vet