UAE-based Ghassan Aboud Group has announced the acquisition of Vincent Hotel, formerly known as The Fantauzzo in Brisbane, Australia.

This establishes the group as Australia’s largest independent owner of five-star hotels and resorts, a statement said. 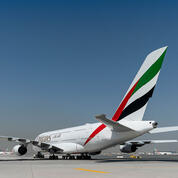 The company added that it is also one of the first major transactions in hospitality sector negotiated and concluded during the Covid-19 pandemic in Australia.

Vincent Hotel will add to the Crystalbrook Collection, a subsidiary company of Ghassan Aboud Group, which was founded in 2016.

Currently, the group’s hospitality and real estate investments in Australia are valued at $1 billion, all of which are managed by Crystalbrook Collection.

Ghassan Aboud, founder, said: “The acquisition of Vincent Hotel in Australia underlines the financial strength of our organisation, driven by the enabling environment offered by the UAE where we are headquartered. This is one of the largest transactions we have conducted in the hospitality sector.”

The Syrian entrepreneur added the group plans to expand his business in several core sectors in the UAE including retail, automotive, e-commerce, and trade and distribution.

The six-storey Crystalbrook Vincent is located in the heart of Brisbane’s Howard Smith Wharves beneath the iconic Story Bridge.

It has 166 rooms and a suite and features over 500 paintings by accomplished artist Vincent Fantauzzo whose award-winning portraits including one of the late actor Heath Ledger, released weeks before his passing.