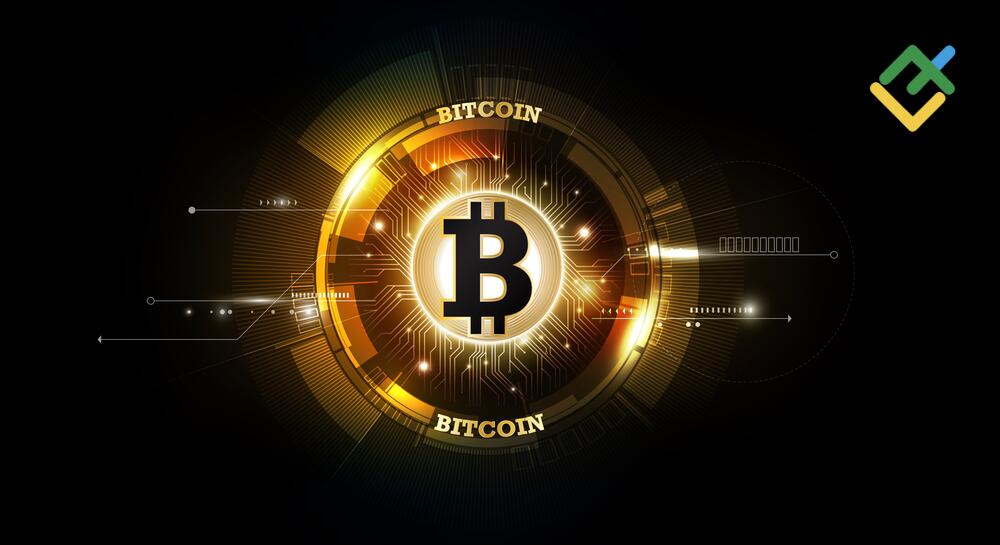 Bitcoin breaks a price record again! The coin broke the $58,330.57 mark on February 21, 2021. How did this advance come about? The rise above $50,000 really only started in the second half of 2020. It has been a turbulent year, both inside and outside the Bitcoin scene. Time for a brief look back: what big things happened in the world of Bitcoin, and how did this beautiful record market price come about? And what can we expect from the crypto-king next? Will Bitcoin go up even more? Let’s find out in our Bitcoin coin review!

We’re sure you know, but Bitcoin is the best-known digital currency (also known as cryptocurrency). It was the very first decentralized currency that works by means of blockchain technology. The native token was launched in 2009, in the midst of a global financial crisis. Because many people were suspicious of banks, Bitcoin immediately won the interest of a large group of people.

The system allows you to send “money” to someone else without the intervention of a third party. The data is not managed by one person but by all users of the network. This makes it one large decentralized database of transactions.

First of all, let’s address the price development of Bitcoin. In the image below, you can clearly see the various major events and the price increase. A lot has happened in the past year.

The first news in the 2020 annual review is immediately the most negative. It happened on the night of March 12, when the price fell to $3,850 in no time (Coinmarketcap). However, the panic was not only in the crypto market. The coronavirus also caused a search for liquidity in the stock market. The AEX closed that week with the largest drop since 1987, a drop of more than 10%. The crash fits into the list of the 6 biggest descents ever.

With three other falls, the former exchange Mt. Gox was (indirectly) involved. That same night, the BitMEX derivatives exchange was temporarily out of reach. It was rumored that a failing stock exchange liquidation engine was the cause of the deep spike down. A few days later, the derivatives exchange tried to clear the air by announcing that it fell prey to two DDoS attacks.

In the past year, something unique happened that had not happened often before: the halving of the block subsidy. On the 11th of May, there was finally the news that had been long-awaited. For the first time ever, a miner processed a block with a subsidy of “only” 6.25 BTC. This was a totally new reward per block and, with that, Bitcoin entered a new era.

The timing was perfect: while the world was on fire and stimulus and money packages kept the economy going, the opposite happened with Bitcoin: assets became scarcer.

Since May this year, only 900 new BTC have come into circulation per day instead of 1800 BTC (as was the case for four years). This supply shock soon became visible in the price: the supply dried up, and the price rose.

The Bitcoin news from the beginning of June may not have been spectacular, but it was not superfluous by any means. Throughout the year, many developers have worked hard on Bitcoin’s code. While this has not caused very big price increases, it is still hugely important news.

Bitcoin Core is the beating heart of everything that happens in the ecosystem. The 28th upgrade came in June. This upgrade was the result, which 119 developers worked on for six months.

The major improvement was that OpenSSL was removed from…