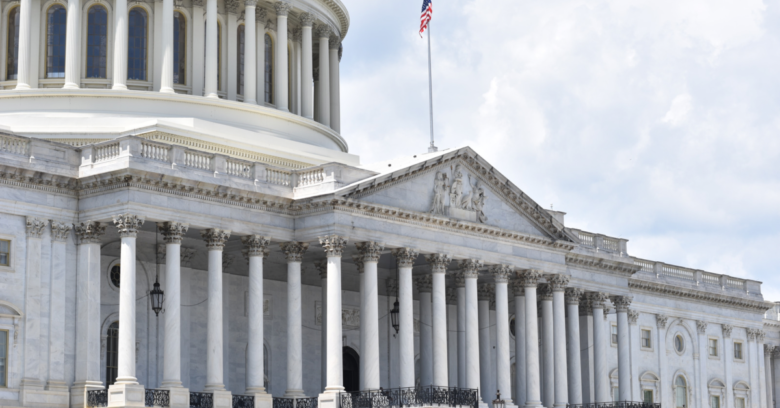 The 2,702-page bipartisan infrastructure plan under debate in the Senate is a monster piece of legislation that takes hours to skim and days to read, but a few takeaways have emerged from the mammoth bill. Among them:

A key critique of the bill echoed by conservative and liberal groups alike is that it spreads a ton of money over a vast swath of the federal government, but in doing so doesn’t invest meaningfully anywhere.

“This is an exercise in checking the boxes for all the different interest groups and trying to make everyone happy,” said David Ditch, a policy analyst for the conservative Heritage Foundation.

Beth Osborne, director of advocacy group Transportation for America, said the bill hews to “the old fashioned approach to change, which is to create a little bitty program to change a problem that we’ll continue to create with a much larger pot of money.”

A centerpiece of President Joe Biden’s original American Jobs Plan was a $20 billion provision to reconnect neighborhoods cut off by federal infrastructure investments, such as the Claiborne Expressway in New Orleans or I-81 in Syracuse, N.Y.

“I would suggest you look back at other $1 billion programs created throughout the history of the reauthorization process and see which ones grew into anything mighty,” she said.

The bill includes money for broadband, highways, rail and transit, as expected. But it also includes some of the quirkier provisions in a bill the Senate Environment and Public Works Committee advanced May 27.

To address a truck driver shortage, the bill creates a pilot apprenticeship program for drivers under the age of 21.

It delivers on the promise of Amtrak Joe

When Biden took office, Amtrak advocates predicted a renaissance: In the Senate, Biden was a key advocate for passenger rail, riding it back and forth to Delaware many nights.

While the $66 billion for rail in the bipartisan deal fell short of the $80 billion Biden proposed, Amtrak would receive $58 billion of the actual allocation. Rail advocates say it’s a nice start, particularly given that before the pandemic, Amtrak received only about $2 billion a year.

Such an investment won’t build a network of high-speed rail routes, but it could build on what Amtrak has, make a significant dent in its capital backlog and possibly lead to new routes that would bring more riders into the system.

Among the pay-fors in the bill is the repurposing $3 billion in COVID-19 relief dollars targeted as payroll support for airline employees affected by the pandemic.

At first glance, the rescission of those dollars seems noteworthy: Passenger airlines ripped through their first $25 billion of payroll support and got another $15 billion in December.

But cargo airlines, which received $4 billion under the March round of aid, spent less than $1 billion of that, according to a Treasury database of how the money was spent. Those who did use those dollars saw scrutiny: In October, Rep. James E. Clyburn, D-S.C., chairman of the Select Subcommittee on the Coronavirus Crisis, argued that some of the airlines that did take the money didn’t need it, including Atlas Air, Kalitta Air, Western Global and Amerijet International.

The federal highway program was created under the premise that users pay for the highways they use, though that notion shifted slightly when the trust fund also began allocating money to public transit systems in 1983.

But the federal gas tax, which pays for the Highway Trust Fund, has been 18.3 cents per gallon on gasoline and 24.3 cents for diesel and kerosene since 1993 and has not kept up with inflation or the development of increasingly fuel-efficient vehicles.

So the federal government has borrowed to foot the bill.

The bill would borrow some $118 billion from general revenue to meet the needs of the nation’s highways, bringing the grand total of transfers to the Highway Trust Fund to $271.8 billion since 2008, according to Jeff Davis of the nonpartisan Eno Center for Transportation.

The bill does include a pilot program on a gas tax alternative that would charge users based on vehicle miles traveled. But for the most part, Congress has punted the user fee issue yet again.

It’s not as ‘transformative’ as some hoped

Transportation advocates, who hoped the bill would be “transformative,” focusing more on pedestrians and transit riders and less on highway users, say they are disappointed with the bill, which sticks closely to past auto-focused transportation laws.

Critics of the bill include House Transportation and Infrastructure Chair Peter A. DeFazio, D-Ore., who lamented the lack of a “fix it first” philosophy to highways that would prioritize repair and maintenance over new roads.

“We have … states that just want to pave over the whole country, and it’s not working,” he said. “We’ve built, like, 30,000 lane miles in our 100 largest cities, and guess what? We’re more congested than ever. It’s called induced demand. And there are options to get away from that, and we want them to look at those options.”

It’s not going to make everyone drive electric cars

When he introduced the American Jobs Plan in March, Biden said he wanted to “win the EV market” with a $174 billion investment, including grants and loans to automakers and support for clean buses and electric vehicle charging stations.

That included $15 billion for EV infrastructure, $25 billion for zero-emission transit buses and $20 billion to electrify buses.

In the end, the bipartisan plan included $7.5 billion for EV infrastructure and $7.5 billion split evenly between zero-emission buses, low-emission school buses and ferries.

There is nothing to help spur the auto industry to electrify their vehicles in the legislation. “It cuts down massively on spending on electrification programs for the transportation sector, which was going to get people out of fossil fuels,” said Yonah Freemark, a senior research associate at the Urban Institute.

The bipartisan bill managed to irritate both progressives and conservatives, the latter of whom wasted little time before invoking the Green New Deal.

The bill, according to the conservative Republican Study Committee, “builds on the Green New Deal plan to replace air travel with trains,” the group said in a memo.

A Club for Growth analysis goes further. It counts the $73 billion to upgrade the electric grid, the $65 billion for broadband and “radical expenses for environmental policies like $55 billion for clean drinking water” among the provisions it counts as “Green New Deal.”

It has a provision that aims to end drunken driving

While many new vehicles are already equipped with technology such as driver monitoring systems that can help prevent drunk driving, auto manufacturers have been reluctant to make them a standard feature.

In May, Alex Otte, president of Mothers Against Drunk Driving, said a requirement that auto manufacturers install such equipment could be a game-changer.

“This legislation would save 9,400 lives per year,” she said. “We are essentially ending [drunken driving] with this technology.”