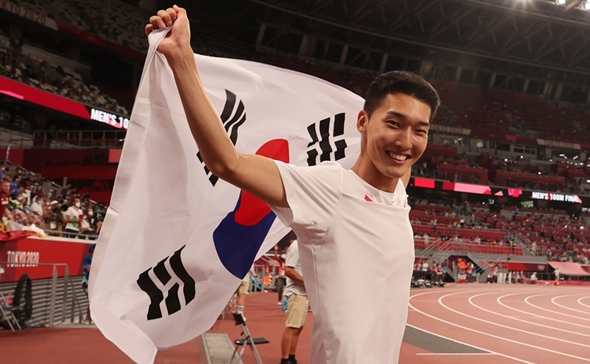 High jumper Woo Sang-hyeok’s record-setting performance and sportsmanship at the Tokyo Olympics have become a source of good vibes online. Woo, who finished fourth in the final, set a milestone for Korea’s track and field by breaking his own and Korea’s record. The 25-year-old made it to the Olympic final for the first time in 25 years since Lee Jin-taek in 1996. In the final, he effortlessly cleared 2.35 meters on his first attempt, breaking the 24-year Korean record of 2.34 set by Lee in 1997.