Abu Dhabi National Energy Company, better known as TAQA, announced on Wednesday that it has initiated a strategic review of its oil and gas operations.

One of the largest listed integrated utility companies in the region, TAQA said the review will assess “options for the oil and gas division and the optimal course for its future development”, while taking into consideration the evolution of the global energy industry as it transitions towards a cleaner and more sustainable future. 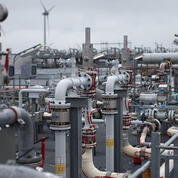 All options will be considered, including the sale of some or all the assets, or the retention and development of the assets within the TAQA Group, a statement said.

Following the launch of TAQA’s new strategy in March, the company’s growth will be focused on significantly growing its utilities business both in the UAE and internationally.

Since 2005, TAQA has built a portfolio of upstream and midstream operations in the UK North Sea, the Netherlands, Canada and the Kurdistan Region of Iraq.

In the first half of 2021, production across the portfolio totalled more than 124,000 barrels of oil equivalent per day and generated revenues of AED3.4 billion ($937 million) with a net income of AED533 million.