The UAE is seeking to grow economic ties with Israel to more than $1 trillion over the next decade, Economy Minister Abdulla Bin Touq said on Monday, strengthening a year-old relationship that’s already produced billions of dollars worth of business.

The Gulf country has signed over 60 memorandums of understanding with Israel since normalising relations in 2020 and is expecting an “influx” of trade in the next two years, Bin Touq told a virtual conference from the US, where he is leading a high-level business delegation.

The UAE was looking at sectors including defense, energy and food security.

“We have $600 to $700 million dollars of bilateral trade happening, we have funds of billions of dollars that have been announced jointly between the two countries, we are moving into so many areas of economic opportunities,” he said.

“We are looking to create over $1 trillion dollars of economic activity over the next decade.”

Those deals include Mubadala Investment Co’s $1 billion purchase of Tel Aviv-listed Delek’s stake in an Israeli gas field, which was concluded this month. 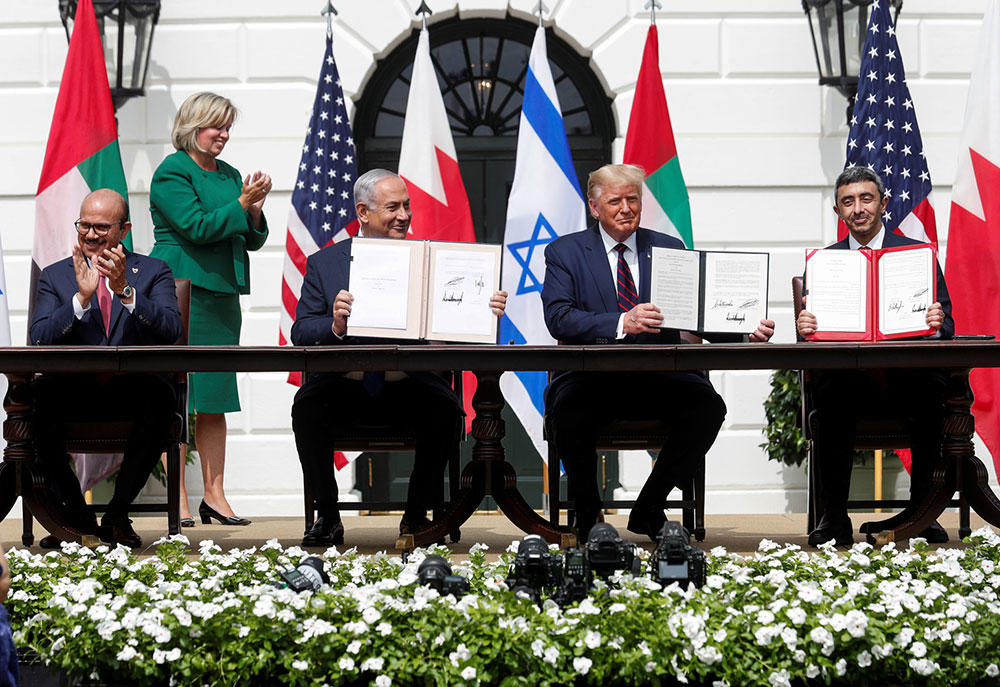 The so-called Abraham Accords were an historic breakthrough, hailed by leaders including then-US President Donald Trump as a step toward forging peace in the Middle East.

The UAE was the first Arab nation after Egypt and Jordan to formally recognize Israel.

The Israeli government said at the time that the deal would lead to billions of dollars of investment. Bahrain, Morocco and Sudan have also recognised Israel following intense diplomacy from the US.

The UAE announced earlier this month plans to deepen its trade ties in fast-growing economies in Asia and Africa, and draw $150 billion in foreign investment as it faces growing competition from regional heavyweight Saudi Arabia.

Laughs have run out for these vile Cuomo bros: Devine Russian...

WeThePeople - December 5, 2021 0
The karma train comes for us all in the end, and it has mowed down the Cuomo brothers with a delicious savagery. As the...