FOREIGN DIRECT investments (FDIs) jumped to its highest level in 19 months in July when investors turned optimistic as the domestic and global economy appeared to have shown signs of recovery.

FDI net inflows climbed by 52% to $1.263 billion in July from $831 million a year earlier, based on data released by the Bangko Sentral ng Pilipinas (BSP) on Monday. This is also 52% higher than the $833 million inflows seen in June.

“The overall improvement in real sector activity compared to last year, both in the Philippines and globally contributed to the rebound in direct investment flows,” ING Bank N.V. Manila Senior Economist Nicholas Antonio T. Mapa said in an e-mail.

In July, the government loosened lockdown restrictions in the Philippine capital while other Southeast Asian countries experienced a Delta-driven surge in coronavirus disease 2019 (COVID-19) cases. As infections spiked, Metro Manila was placed under the strictest form of lockdown for two weeks in August.

“I think July was the last month that restrictions were low and the external environment were still largely positive before the Delta variant risk became full blown,” Mr. Asuncion said.

Central bank data attributed the rise in FDI net inflows in July to the 61% jump in non-residents’ net investments in debt instruments to $1.074 billion from $667 million a year earlier.

Equity and investment fund shares likewise grew by 15.2% to $189 million from $164 million in the same month last year.

On the other hand, equity inflows dropped by 58.3% year on year to $34 million. This, as placements inched up 2.4% to $91 million, while withdrawals plummeted more than seven times to $57 million.

Analysts are hopeful that FDI inflows may be better in the coming months if the COVID-19 situation continues to improve both in the Philippines and abroad.

“I do expect prospects towards the end of 2021 and the first quarter of 2022 to be better compared to previous months. I wouldn’t be surprised if we get better numbers moving forward,” Mr. Asuncion said. 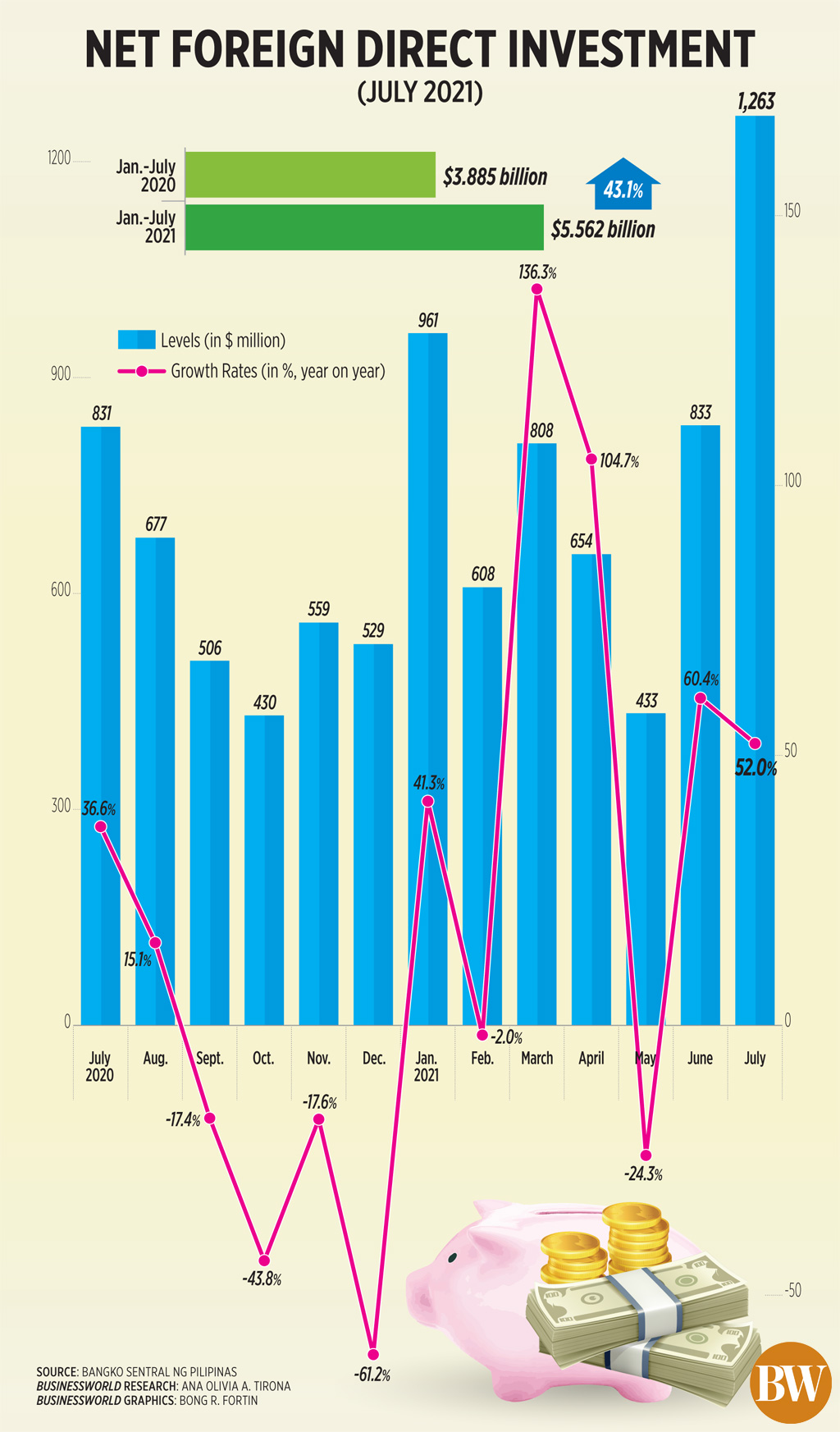