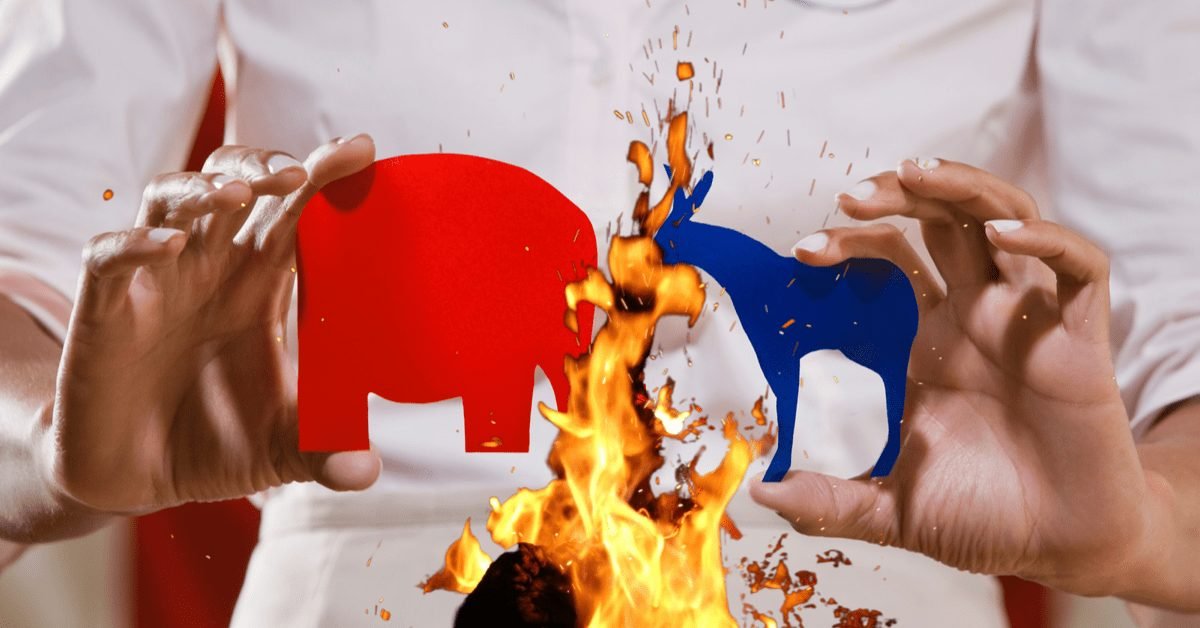 Earlier this month, RNC Chairwoman Ronna McDaniel announced that the Republican Party was partnering with Log Cabin Republicans to “invest and mobilize” LGBTQ communities. According to Fox News, McDaniel said that this would bring about newly diverse candidates and communities to the Republican cause.

Since that time, numerous calls have been made for McDaniel’s resignation. Among the LGBTQ community, they have celebrated the move saying that it brings the Republican Party closer to the “people” and advancing towards the future. The latest pandering from the Republicans does not address any real issues in our nation and is a failing strategy for protecting freedom for future generations.

The foundations of this failing strategy can be found back in 2012. During the presidential campaign, then Republican nominee Mitt Romney famously said that 47% of Americans were going to vote for then-President Barack Obama no matter what. Romney’s statements were absolutely correct. Large portions of Americans are blindly following the Democrats no matter where they may lead them.

Which means there is a low margin of error for the Republicans in regards to winning an election. In essence, they need to win at least 5% of either moderates or special interest groups in order to sway the election to the Republican side. Hence, the pandering strategy was born.

One Gallup poll recently said that just over 5% of Americans identify as LGBTQ. That’s the highest level ever recorded for the poll, up from 3.5% in 2012. That number still falls behind the 7.4% growth of the overall population of Americans.

Yet, we still find Republicans that believe pandering to the LGBTQ community will help them defeat the Democrats. They actually believe that this 5.4% of Americans, or roughly 18.5 million people, will help them overcome socialism. But their belief is founded in deception.

Democrats were the group that quickly moved to support and back the LGBTQ community many years ago. Democrats have fought for the “rights” of special interest groups for years, especially those that may not be experiencing any form of “oppression” at all. We find that evident in recent actions regarding Black Lives Matter and Antifa.

Where exactly has this support and movement got the Democrats? Into an absolute mess.

Democrats started catering to the special interest groups and modifying their policy platforms to fit those lifestyles. They pandered to them, giving way to their every demand. It led to ideas such as free housing, free tuition, free income. Do any of those sound familiar?

The socialist platforms continued the special interest move. After all, everyone was a victim and needed to be catered to. If you were part of the small group, you deserved special treatment. You were obviously oppressed and deserved your government to intervene.

The beast was created by those who found a small special interest group to promote. The Democrats have successfully played these special interest groups for political gain for years. For years they have used abortion, gun control, LGBTQ, and now socialism as their special interest methods in order to remain in control of the heart strings of our nation, rather than actually doing things that benefit all Americans.

The party is divided between progressives and “moderates” if you want to call them that and now it seems that Republicans are content to go in the exact same direction. Evidently, McDaniel and the Republican leadership have decided that “if you can’t beat them, join them” is a better plan.

The plan will only lead Republicans to the exact same situation as the Democrats. Republicans will find themselves in a bigger mess than they already are, and it will not take them very long to get there.

Rather than focusing on addressing the issues of the nation, Republicans are more focused in pandering to the special interest groups in order to regain power. That’s not what our nation needs.

We need real leadership that will actually address the real issues facing our nation. Instead, we have two political parties that are arguing over who can pander to special interest groups the best in order to win their vote.

As It Turns Out, the Term “Latinx” Is Actually Offensive to Hispanic Voters – RedState Democrats destroy America in 2021| Democratic Communism