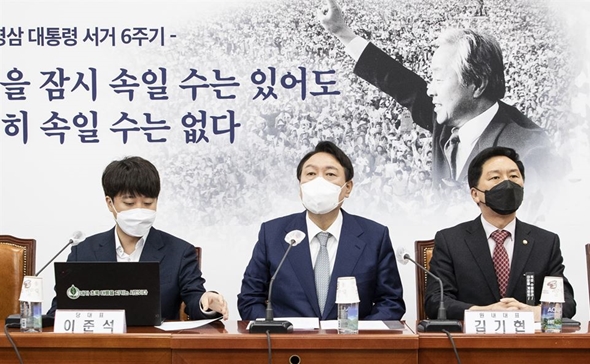 The country’s two major parties are preparing to begin full-fledged campaigns for the next presidential election slated for March, with the rival candidates, Yoon Seok-youl of the main opposition People Power Party (PPP) and Lee Jae-myung of the ruling Democratic Party of Korea (DPK), in the final stages of organizing their election camps. While Yoon has scouted political heavyweights in an attempt to expand his support base, Lee is set to reform the party’s election camp by reducing its scale to make it slimmer and more agile.

Tucker: Foreign and domestic enemies are targeting the president