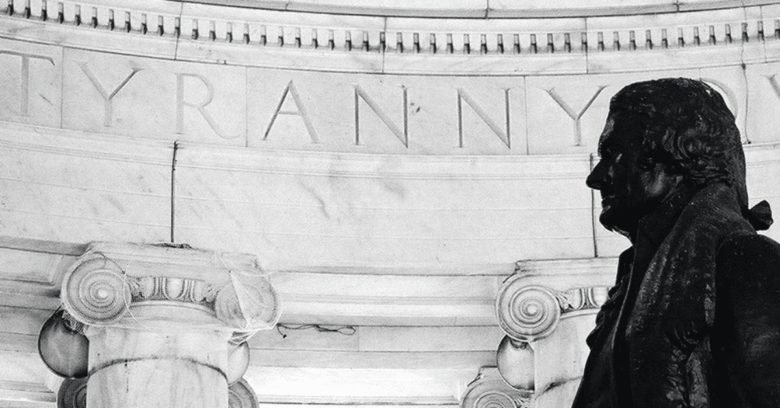 “The future of global totalitarianism is here, it’s just not evenly distributed,” Dr. Robert Malone, inventor of the mRNA technology, said in a recent interview.

Malone has been an outspoken critic of the mRNA shots using the technology he invented, and for that he has faced ostracization, ridicule and censorship.

To sum up his comments in the interview, Malone issued a warning to Americans to wake up to the reality of how dire the situation really is. Parents being arrested for not wearing a piece of cloth over their face at school board meetings or women tased and tackled by police for also not wearing masks in public. People, including medical professionals, have been fired for not submitting to the shots. But Americans appear view these events as one-offs. If they don’t see it happening in front of their faces to someone they know, then it’s not really a problem.

That’s why Malone said Americans need to pay attention to what’s happening around the world.

“Basically, it’s the madness of crowds, and a lot of these governments have been overtaken by this form of psychosis or hypnosis,” Malone said. He added: “They believe that these vaccines are effective. They clearly are not.”

Recently, I wrote about what is happening in Austria, Germany and Gibraltar as tyranny ramps up, even in Gibraltar which brags about a 100% jab rate. The Liberty Loft posted about the same happening in Portugal, another heavily vaxxed nation.

Australia has gone full-on authoritarian which got even worse on Nov. 22 when its government started using Australian Defense Forces (ADF) to round up those who have not submitted to the shots to go to quarantine camps.

One needs only listen to Michael Gunner, Australia’s Northern Territory chief minister, to know how authoritarian and arrogant these dictators are becoming. Asked by a reporter about Australians who have taken the shots but disagree with the government’s segregation of those who haven’t been from society, Gunner responds with utter contempt for them. See, not only must you bow down and submit to the jab, you must sing the praises of your masters to everyone else.

“If you support, champion, give a green light, give comfort to, support anybody who argues against the vaccine, you are an anti-vaxxer. Absolutely. Your personal vaccination status is utterly irrelevant,” Gunner said.

And those being roundup and removed from society, “they can only leave for medical treatment, in an emergency or if required by law,” Gunner said. They can’t buy groceries, can’t exercise, can’t provide care to family and can’t work.

In Scotland, reports have come out that the government is sharing private data to big corporate friends, like Amazon and Microsoft, through its vax passport. Steve Watson reported: “Users of the vaccine passport app were not informed their data would be shared.”

In China, some top doctors are actually pushing back on the government’s “Zero COVID” strategy and the authoritarian measures that accompany it. The government’s response, double down.

And how different is that from what’s happening here in America?

In Norfolk, Virginia, Dr. Paul Marik was just suspended by Sentara Norfolk General Hospital. The suspension came after he sued his hospital for banning life-saving treatments he has used and demanding doctors follow the medical dictatorship of Anthony Fauci and his bureaucratic cronies. Marik said there are inexpensive and effective treatments but push the costly, and often deadly, Remdesivir.

He spoke to The Defender. Sentara chose not to speak to Marik to inform him of his suspension but instead placed a letter on his desk. That letter stated Marik will meet with the hospital’s higher-ups this Thursday, Dec. 2, and “no lawyer representing Dr. Marik will be permitted and no recording/video or transcript … will be made.”

In a recent interview, Robert F. Kennedy, Jr. described what’s happening as effectively the endgame for the globalists. He notes that Bill Gates is bragging about the ability to monitor all human activity worldwide 24/7. The groundwork has been laid for this globalist takeover. Are we ready to fight it?

“I would say this is Armageddon,” Kennedy said. “This is the apocalyptical forces of ignorance and greed and totalitarianism, and this is the final battle. We need to win this one.”