Viewed with suspicion and dread, the phenomenon includes visions of angels, states of rigid unconsciousness and the dramatic disappearance of illnesses

What is Charismatic, or Pentecostal, Christianity? If you want an answer to this and thousands of other related questions you could do no better than consult Diarmaid MacCulloch’s amazingly comprehensive and eye-opening book A History of Christianity (2009). There we read that “charisma” means a gift of grace, something associated with what MacCulloch calls the Trinity’s “Cinderella,” the Holy Spirit, and manifested in the direct expression of religious emotion by its adherents (calling out, rolling on the floor and spontaneous singing).

“The rise of Pentecostalism and its Charismatic offshoots,” he writes, “was one of the greatest surprises of twentieth century Christianity — in a century when most of the other surprises turned out to be unpleasant.”

The author of this book, Judith Lin, estimates that there were around 51,000 Christians in Taiwan in 1945, in four different Protestant churches. By 1960 the number had risen to 380,000, spread round 40 denominations. Of these 380,000, some 180,000 were Roman Catholics. This astonishing rise in the number of competing churches is only partly explained by many small sects relocating to Taiwan to escape the Chinese communists in 1949. Others arrived as part of an evangelical push from the US, with close to 600 Protestant missionaries present on the island by 1960. 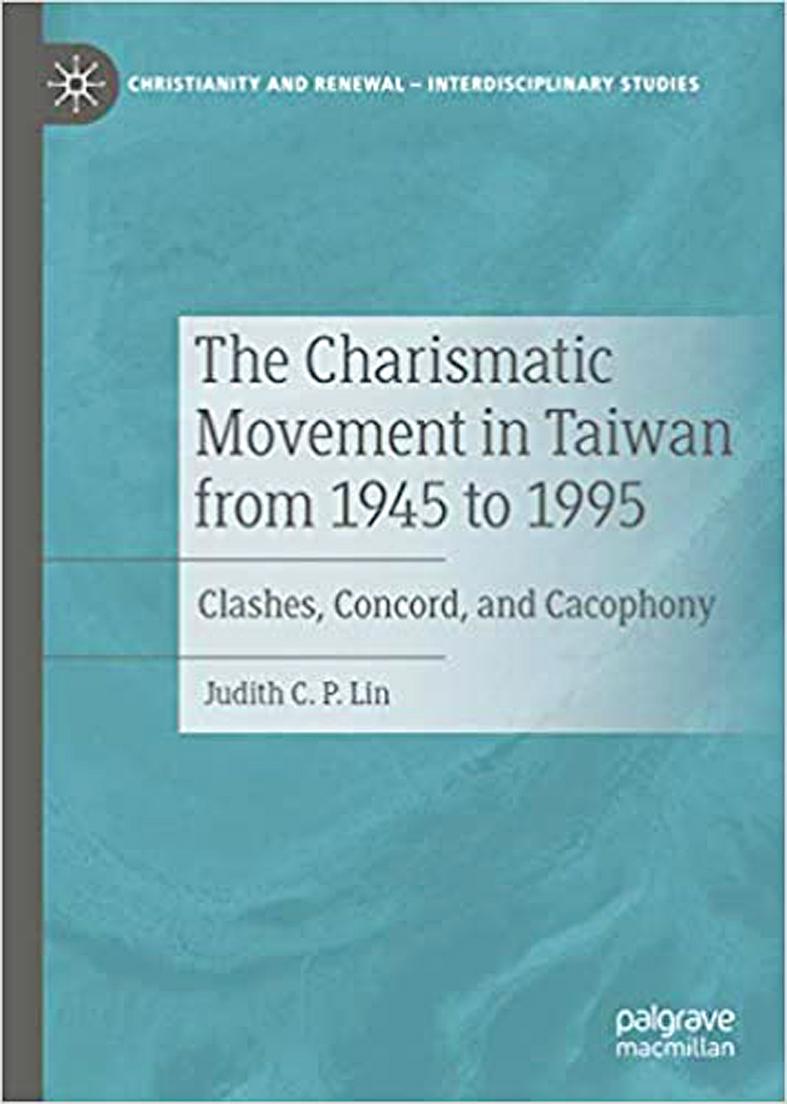 A note on terminology. Evangelicanism is a Protestant belief in salvation by faith alone, the “born again” experience and the primacy of the Bible as God’s revelation to humanity. Roughly a quarter of US Christians are believed to be Evangelicals.

This author gives a lot of space to discussing her use of the terms Pentecostal and Charismatic, and decides to use them together in most circumstances, making it clear when they differ on specific issues. Pentecost is a Christian festival celebrated seven weeks after Easter that commemorates the descent of the Holy Spirit on the apostles as described in the second chapter of the Bible’s Acts of the Apostles.

Pentecostalists have generally formed their own churches and believe in the infallibility of the Bible and sometimes “speaking in tongues,” i.e. the spontaneous speaking in a language previously unknown to the speaker. Charismatic believers share these beliefs but tend to remain within traditional church structures. But also characteristic of all Charismatic faith groups are individuals having the gift of prophesy, the expectation of divine healing and the experience of being filled with the Spirit, not to mention rolling on the ground and shouting.

A striking instance of the sudden mushrooming of the Charismatic phenomenon in Taiwan occurred among the Atayal (Tayal in the text) Aborigines in Hsinchu in 1972. Activity was centered on one Nalo church where people claimed to have had visions of angels dressed in white, fell to the ground in states of rigid unconsciousness, broke into song when they had never been known to sing before, pointed to specific verses in the Bible and experienced the dramatic disappearance of illnesses. The Presbyterian Church, Taiwan’s biggest, almost entirely ignored these phenomena, but a written account by a Canadian missionary in the area survives.

Most surprising (for me) is the fact that Charismatic practices also made inroads into Taiwan’s Catholic population in the 1970s. Numbers were apparently never large, but nonetheless “there are Catholic Charismatic Renewal prayer groups in every diocese today.” Even so, the Charismatic-Pentecostal movement continued to be viewed with “suspicion and dread” in Taiwan, until at least 1980.

The 1980s were characterized by a desire for renewal in all Taiwan’s churches, in no small measure brought about by the spectacle of the extraordinary success being experienced at the time by Charismatic groupings, alongside Christianity generally, in South Korea. One Taiwanese institution that originated at this time was the Miaoli Prayer Mountain, a largely Charismatic place.

One of the more sensational events covered in this book was the “1995 Prophecy.” Various Charismatics claimed to have received a prophecy that China would invade Taiwan in 1995, and that God had blessed the idea of mass Taiwanese migration to Belize.

What with the Full Gospel Business Men’s Fellowship International, the Casting out of Demons, the Hosanna Ministry, Glad Tidings, Latter Rain, the True Jesus Church, the Bread of Life, the Cell Group Movement, the Second Coming and innumerable other terms and ideas, The Charismatic Movement in Taiwan can be a maze in which it’s hard to find your way about.

Generalizations are rightly avoided, but the author does risk two. One is that the assumption of a “middle world” of spirits and demons is far more widespread among Taiwanese than among Westerners; second, the behavior of Charismatics does bear a relation to that of shamans in South Korea, tang-ki in Taiwan — though far more so in Korea than in Taiwan.

It is thought that in the 21st century one-third of Taiwanese Protestants have Charismatic sympathies. This is partly because of Taiwan’s relation to the US, partly because of American missionary activity and partly as an ingredient in a global phenomenon.

The Charismatic Movement in Taiwan is an exceptionally thorough survey of its subject, and those involved in such things will no doubt find much absorbing detail here. I have never seen such a long bibliography — the remotest local newspapers seem to have been combed for records. Other readers will no doubt pick and choose what they read as their natures dictate.

The Charismatic movement in Taiwan from 1945 to 1995:Clashes, Concord, and Cacophony

Migrant workers in Taiwan rally for freedom to change jobs